This band originally from Pittsburgh, Pennsylvania, United States. They play hardcore/metalcore/screamo. They are young and talented. And this is the Interview with the band.

1. Hello to mousetrap Please tell us your biography. Because there is just a limited info about your band.

Well, were called Mouse Trap! because of the infamous board game that we all played when we were younger. We started out as an alt rock band that sounded like Puddle of Mudd mixed with System Of a Down. then i went to a Silverstein show. “A Day to Remember” and “The Devil Wears Prada” opened for them and i was stunned. i knew i had to play hardcore after that. weve gone through many names. 6 including mouse trap!.

but other than that, were just a couple of suburban kids that love creating heavy music.

2. What happen to your guitarist ? and what’s the effects to the band ?

were starting fresh with a newer, permanent lineup. im not giving away any details but lets just say its going to be intense well we try to keep a steady 3 day band practice week. with his baseball and other stuff, he couldnt find time. he’s leaving on good terms and he remains very close. The effects? well it gave me the idea to just do vocals and to find new musicians

Thats a hard question hahaha. i guess i just turn on the amp and play until i find something i like. then i try to make a good song out of it

This is going to sound so cliche… mainly women. you don’t even know how those preppy chicks make you think they like you and then drop the bomb hahah. i guess i have to thank them for the writing inspiration. sometimes though i do write happy lyrics. this is because i think bands like “for today” or “underoath” are visionary with their christian, pretty lyrics, and they manage to make it sound so br00t4l hahah.

5. I’ve seen some band with hardcore/metalcore/screamo, and they looks similar one to another. and now this genre becomes trend in the metal world. What do you think about this ?

i disagree. i think they are 2 totally different genres. its not a good or bad thing. its just 2 different scenes. if you go to a show with like “liferuiner”, “maesion”, and “remember thy name”, its going to be a lot different than a show with like “lamb of god”.
and honestly, i think some metal bands sell out to the hxc scene because its more popular right now and they want money.

6. And what makes this band different than the other hardcore/screamo band ?

our musical backround. were so young that were influenced by other hardcore/screamo/metalcore bands. were listening to that and were trying to take it to the next level. were not there yet but i plan to be.

7. Studio or the stage. Which one is the best for you ?

hands down stage. live shows are the greatest thing in the history of the world! when people hardcore dance or mosh to our music, its the best compliment we can receive. im not saying people listening to m.t! isnt, i just think its more personal since theyre at a show.

8. Becomes commercial band or becomes indie band. Which one you choose and give us a reason.

indie. indie labels wouldnt force you to like change your style because a certain one doesn’t pay as much. and i dont think anyone could get screwed with an indie label.

9. With your demo. What would you like to achieve with your music?

were trying to get our music out in the open with this demo. just to give people a taste of what we sound like. so we get like our first little fan base. later on this year were recording a full length thats going to be for real! that should boost the musicianship and the popularity.

10. How important is it to you to stay close to your fans?

the only rule in the rule book, and that is ELE. everybody love everybody(will ferrell quote) hahahaha. but seriously, if you dont love, interact, and update your fans, you get nowhere in the music biz.

11. What are the best and worst things about being in a band?

really hard question. i love playing shows for people. just the energy in general is amazing. all of it what i dont like? waking up at a certain time and having to be strict and organized hahah.

12. With your experience. How the technology helps the musician ?

myspace is the most revolutionary thing in music since recording. hahaha without it, many bands would never be heard

13. Message to the metal band fans around the world ?

HyperText Markup Language, is a basic language to build a web pages. 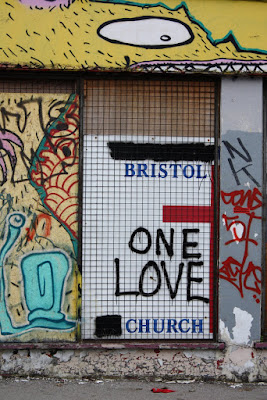